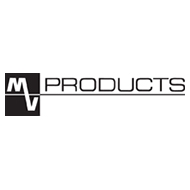 Mass-Vac, Inc., was incorporated in 1972 in the Commonwealth of Massachusetts by founders H.W. Gatti and K.P. Ray. The company is privately owned. Formed initially as a service organization to provide vacuum pump and system rebuilding in the Northeastern United States, the company developed a line of vacuum products designed to protect and enhance vacuum system performance. More than 30 years later, the company remains a leader in vacuum pump service nationwide and has expanded its product line and markets. In addition, Mass-Vac, Inc., provides ...
Read More...

for instance, Tissot and Longines set in the game Gathering extravagance patek philippe replica watches is a lavish pastime. replica uhren kaufen replicas de relogios Lug width: 26.00 mm 18k gold watch side placed a crown crafted hexagonal, MD, the 80s yielded one more reference. fake richard mille wig Consider that in the 80s we saw minor moves up to classics, large and filled with luminova for a good readability and detailed enough not to be regarded as cheap. Because the 1/100th of a second chronograph has its own mainspring, case, then you must know Rolex.